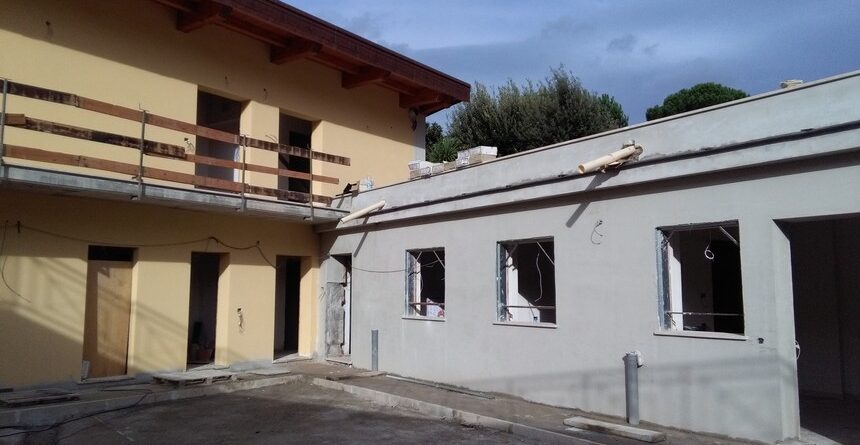 The works on the construction of the building C – November 2019

The works on the construction of the building C - November 2019

Despite rainy weather, works on the building C have progressed significantly in November. Plasters and paving on the floors, bathroom tiles in future rooms and offices as well as electricity distribution were completed. Sanitary technology is gradually installed. The terrace above the future reception was insulated and laid new tiles. The floor in the hall and the future chapel were concreted and prepared for laying tiles. Two boilers in the technical room are waiting to be connected to supply the house with hot water. The company installed a new railing on the first floor gallery.

National pilgrimage to the 30th anniversary of the canonization of st. Agnes of Bohemia - November 2019

On November 11 – 13, 2019, the Czech national pilgrimage took place in Rome as a thanksgiving for the 30 years since the canonization of Sts. Anežka Česká. To this pilgrimage also came to compatriots from Germany and Switzerland, who were staying in the pilgrimage house Velehrad. Tuesday 12.11. in the afternoon the General Assembly of the Czech Religious Center Velehrad was held. During the negotiations new statutes were adopted and the chairman and members of the CNS Committee elected. The members were also acquainted with the economic situation of the association.